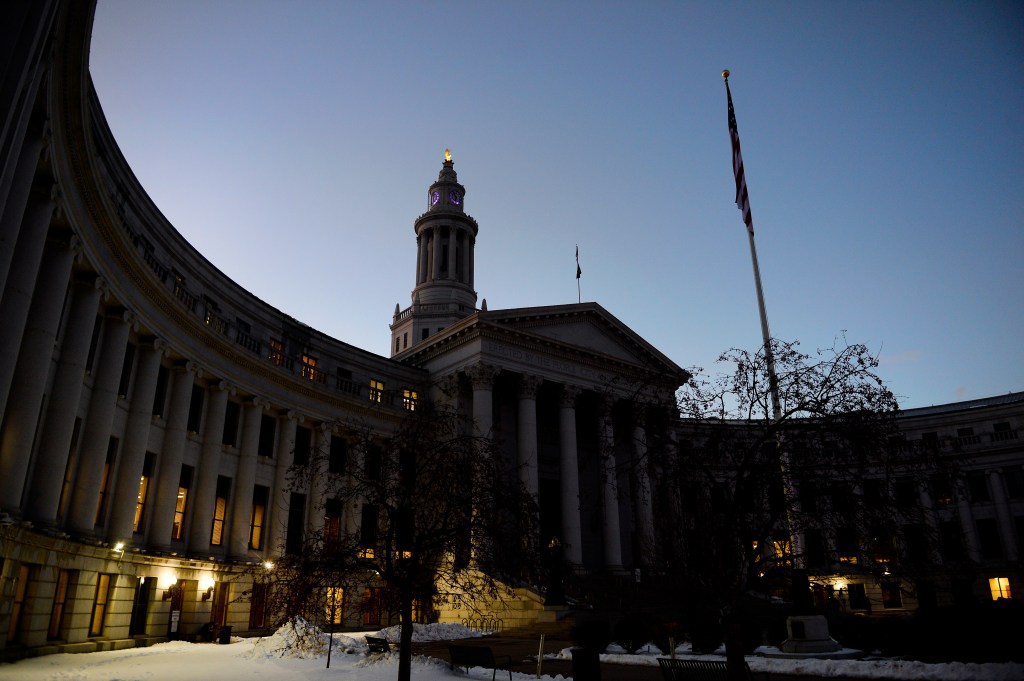 Denver voters will choose from six candidates for mayor on their ballots this May, along with several write-in competitors. Here’s who’s running.

Michael Hancock, 49, is the current mayor of Denver. He grew up in Denver and graduated from Hastings College and CU Denver, where he earned a master’s of public administration. After working for government and nonprofit institutions, he was elected to the Denver City Council in 2003 and became mayor in 2011, succeeding former mayor John Hickenlooper. Website: HancockForDenver.com

Lisa Calderón, 51, recently was the director of the Community Reentry Project, a formerly city-funded effort to rehabilitate people after jail time. She is co-chair of the Colorado Latino Forum and she teaches criminal justice and sociology at Regis University. Raised in Denver, she earned an undergraduate degree from Metropolitan State University, a master’s from the University of Denver, a law degree from CU Boulder and an education doctorate from the University of Colorado School of Education and Human Development. Website: Lisa4DenverMayor.org

Stephan “Chairman Seku” Evans is a native of Denver. Now in his 60s, Evans is a regular presence at Denver City Council meetings, where he speaks extensively on housing and gentrification. He is a former florist and attended the University of Denver, Metropolitan State University and the University of Colorado, according to his campaign biography. He previously ran for mayor in 2015, finishing fourth with 3.2 percent of the vote. Website: committeetoelectseku.com

Jamie Giellis, 42, is president of Centro, a consultancy for neighborhood and district organizations such as River North, and with governments around the world. Raised in Leland, Iowa, she holds an undergraduate degree from the University of Iowa and a master’s of public administration from CU Denver. She previously was president of the River North Art District and a member of the board of directors of the International Downtown Association. Website: jamiefordenver.com

Kalyn Rose Heffernan, 31, is a high school educator who teaches music production with a focus on social justice through Youth on Record. She is the frontwoman for the band Wheelchair Sports Camp. Raised in Denver, she graduated from CU Denver with a degree in music entertainment industry studies. Website: https://www.kalyn4mayor.com/

Penfield Tate III, 62, is a former state senator and representative who most recently worked as a public finance attorney at Kutak Rock, a job he left to run full time for mayor. Raised in multiple cities as the son of Army captain, he attended Colorado State University as an undergraduate and Antioch School of Law. He has served as a board member for Denver Water, the Denver Metro Chamber of Commerce and the Colorado Housing and Finance Authority. His father was the first black mayor of Boulder. Website: https://www.tatefordenver.com/

The following candidates didn’t submit 100 valid signatures before the Thursday deadline, according to Denver Elections. However, they can file to run as write-in candidates, meaning their names won’t be printed on voters’ ballot sheets but they can still collect write-in votes.

Paul Fiorino, 64, ran as an unaffiliated candidate for governor in 2006, 2010 and 2014 and for mayor of Denver in 2015, finishing third with 5.7 percent of the vote. He is a dancer, historian, musician and arts advocate. Fiorino graduated from Metropolitan State College in 1974 and also lists experience at the School of American Ballet and the Harkness House for Ballet Arts. Website: FiorinoforColorado.com

Marcus Giavanni is a search-optimization consultant and musician. He previously challenged Hancock for mayor in 2015, finishing second with 8.5 percent of the vote. Website: marcusgiavannifordenvermayor.com

Danny Lopez is a pipeline inspector for the city of Denver who has run for mayor three times. He did not immediately respond to a request for further information.

Leatha Scott, 45, is a U.S. Postal Service clerk from Denver who lives in Montbello and was raised in Curtis Park. She holds an associate’s science from CollegeAmerica in Denver. Website: https://leathascott4mayor2019.com/

Kenneth Simpson, 48, is a tech consultant who helped to implement the city’s 311 operations center under then-Mayor John Hickenlooper. He grew up in Germany, England, Kansas and Colorado, where he has lived since 1983. He holds a bachelor’s from Metropolitan State University and a master’s of public administration from the University of Denver. He previously ran for mayor in 2011.

The Denver Post outlined the field of potential candidates in December and recently zoomed in on development and housing as one of the campaign’s central issues. Mayor Michael Hancock is dominating the race to raise money.

The election is on May 7, and it may be followed by a runoff in June if no candidate gets a majority of the vote. Find more information on voting and the schedule here.