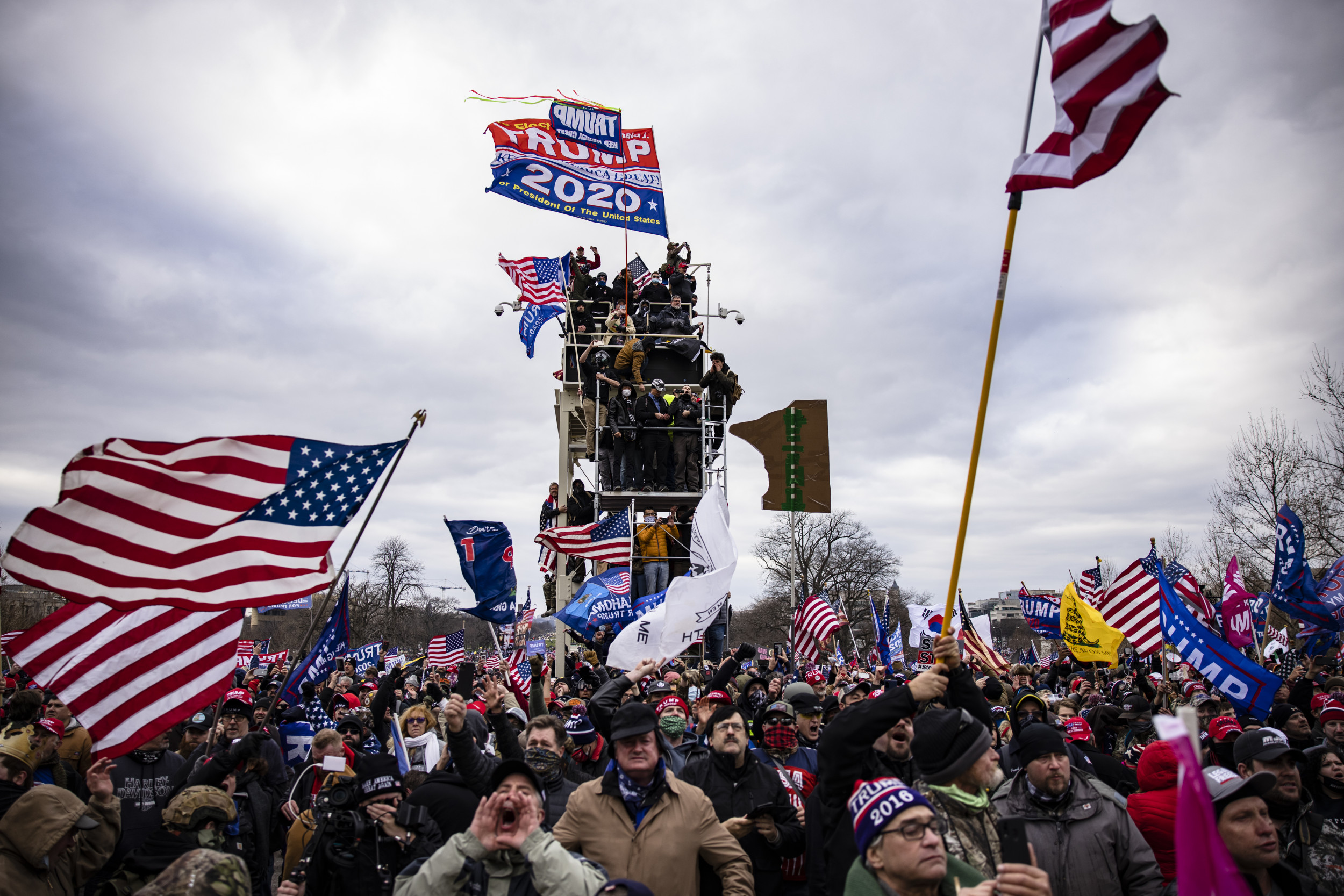 John Eastman, an attorney and close ally to Donald Trump, was ordered on Monday to hand over hundreds of emails to the House select committee investigating the January 6, 2021, capitol attack – and the documents may prove that the former president committed felonies to undermine the U.S. government.

The Monday ruling by California federal Judge David Carter marked a significant breakthrough for the select committee, which has alleged that Trump and Eastman “engaged in a criminal conspiracy to defraud the United States” by interfering in the U.S. electoral process.

Carter said Monday that it is “more likely than not” that Trump and Eastman both conspired to defraud the country and to “obstruct the joint session of Congress on Jan. 6, 2021.”

“Dr. Eastman and President Trump launched a campaign to overturn a democratic election, an action unprecedented in American history,” Carter wrote in the court ruling. “The plan spurred violent attacks on the seat of our nation’s government, led to the deaths of several law enforcement officers, and deepened public distrust in our political process.”

Who is John Eastman?

Eastman, who was once a little-known professor and Dean of Chapman University’s law school, rose to prominence in Trump’s circle toward the end of his presidency. The conservative lawyer first caught Trump’s attention in 2019 when he was seen giving an interview in support of the then-president on Fox News, according to the New York Times.

Soon after, Eastman began visiting the oval office, at times working to influence Trump on legal matters concerning immigration. But it wasn’t until months later – when Trump lost the 2020 presidential election – that Eastman became a key player in supporting unsubstantiated claims of voter fraud.

After the election, Eastman penned an infamous memo outlining ways that former Vice President Mike Pence could overturn the election results when Congress met on January 6. The memo was first obtained by The Washington Post‘s Bob Woodward and Robert Costa, the authors of “Peril.”

In the days before January 6, the memo circulated among Trump’s administration, and the two men met with Pence to discuss how he could keep Trump in power by not certifying electors from several key states. Pence in turn rejected the notion, stating that he did not believe he had the authority to interfere in the electoral process.

Then, on January 6, 2021, Eastman again pushed false election fraud claims to a rally of Trump supporters, before the former president himself encouraged the group to “fight like hell.” Soon after, a violent mob stormed the Capitol building in an attempt to stop the election certification.

Eastman is also the author of a widely criticized 2020 Newsweek opinion piece that questioned whether or not Kamala Harris was eligible to be vice president.

What Will Happen to Trump and Eastman Now?

Following Monday’s ruling, the select committee will now receive several documents that relate to Eastman’s plan to pressure Pence. Among them include emails between Trump lawyer Rudy Giuliani and Eastman discussing the strategy, according to Carter’s ruling.

“The true animating force behind these emails was advancing a political strategy: to persuade Vice President Pence to take unilateral action on January 6,” Judge Carter wrote.

Eastman previously attempted to block the select committee’s subpoena for documents related to January 6. As part of his lawsuit, Eastman sought to shield the release of documents by stating they were protected under attorney-client privilege.

However, Carter ruled on Monday that Eastman will be forced to hand over more than one hundred of those documents in order to further shed light on the investigation. The documents could now result in Trump, Eastman, and other allies facing criminal charges for obstructing an official proceeding of Congress and attempting to defraud the American people, the Times reported.

“If Dr. Eastman and President Trump’s plan had worked, it would have permanently ended the peaceful transition of power, undermining American democracy and the Constitution. If the country does not commit to investigating and pursuing accountability for those responsible, the Court fears January 6 will repeat itself,” Carter ruled.