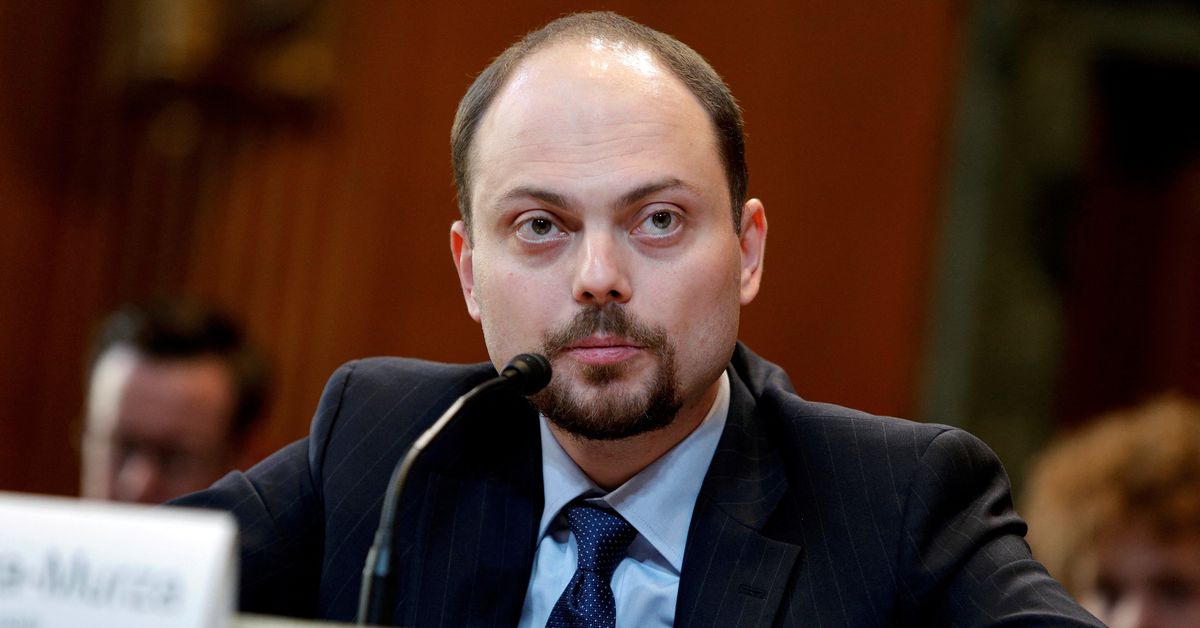 April 22 (Reuters) – Russia has opened a criminal case against a prominent opposition activist on suspicion of spreading false information about Moscow’s military campaign in Ukraine, his lawyer said on Friday.

Vladimir Kara-Murza was detained outside his home in Moscow on April 11, hours after CNN aired an interview in which he criticised Russia’s actions in Ukraine.

He was later sentenced to 15 days in jail for disobeying police orders upon being detained, Kara-Murza’s lawyer, Vadim Prokhorov, said at the time.

A Moscow court on Friday announced that Kara-Murza would stay in detention until June 12 at the request of the investigator handling the case, Interfax news agency reported.

Kara-Murza has not been formally charged and Prokhorov denies his client broke the law.

“Vladimir Kara-Murza is now at the main investigation Department of Russia’s Investigative Committee,” Prokhorov wrote on Facebook. “A criminal case has been opened… for ‘public dissemination of deliberately false information about Russia’s armed forces.'” Prokhorov did not say when precisely the case had been opened.

Separately, Russia’s justice ministry on Friday added Kara-Murza to a list of “foreign agents”, meaning he is subject to stringent financial reporting requirements and must preface anything he publishes with a disclaimer. The ministry listed him as a Ukrainian agent. read more

The Investigative Committee, the state body that probes major crimes, did not immediately respond to a request for comment.

Russia’s parliament last month passed a law that provides for jail terms of up to 15 years for those convicted of intentionally spreading “fake” news about what Moscow calls its “special military operation” in Ukraine.

Russian officials said the new law was needed because to protect its military and combat misinformation about its military campaign in Ukraine.

Reporting by Reuters; Editing by Jon Boyle and Daniel Wallis

mind your own business