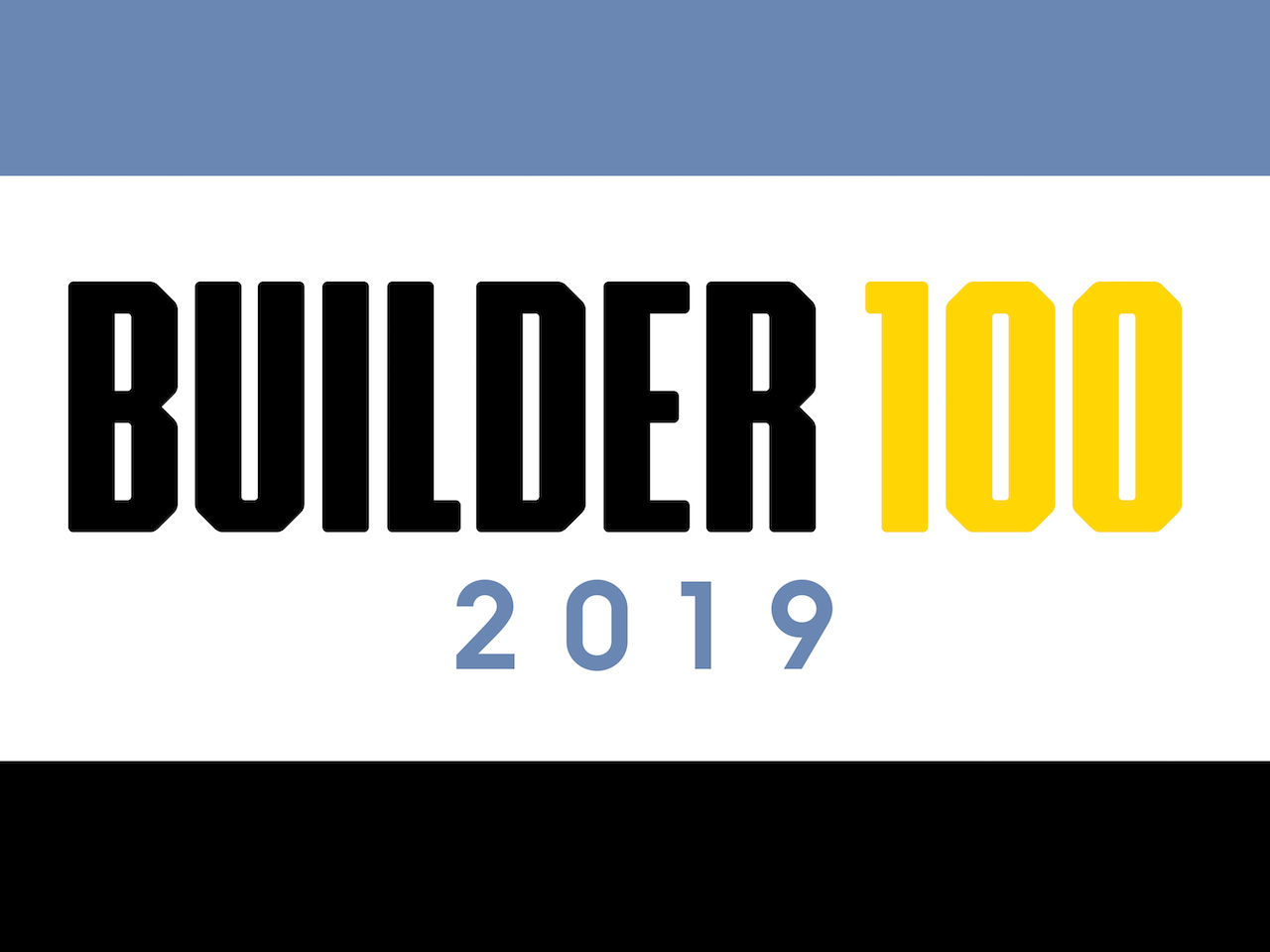 Nationally, the housing recovery from the dark, excruciating days of the Great Recession has been slow and stingy, metered mostly by the oft-noted supply constraints of too few skilled laborers, too scarce vacant developed lots, and, at least for part of the time, too little available acquisition and development lending.


For pockets of America, however–and for exceptionally deft outlier enterprises among our Builder 100 rankings–the recovery, and especially the past three-year period, as been a rocket-fueled surge, both opportunistic and strategic.


Each year, the BUILDER team looks at tallies of our freshly compiled Builder 100 data, and focuses on the companies whose rate of growth stands out from the pack. We try to unpack the reasons for outlying growth among the exceptional firms, and why that may matter for a broader understanding of where things are going among America’s leading production builders.


What’s interesting about our three “fastest-growing” standouts this year is both the sharp contrast among them, and the single common denominator that links three starkly different firms in terms of size, capital structure, and operational models.


The three we’re talking about here are Century Communities, an encore winner this year after taking honors last year as the fastest-growing public builder in unit volume, based on its rate of change in deliveries from 2016 to 2018; Clayton Homes, the manufactured home juggernaut that first moved into the single-family site-build arena under four years ago; and San Diego-area sensation, Cornerstone Communities.


Two of the organizations–Century and Clayton–have been hell-bent on fulfilling a Manifest Destiny-style expansion model, whereas the Cornerstone growth spurt owes to the somewhat unique time-released opportunity that comes to builders–especially in intensely constrained California coastal communities–who have mad skills at securing, entitling, and developing tracts that spend eight years metamorphosing before they’re ready to go vertical.


Each of these firms deserves credit for high achievement in execution on vision, strategy, and operational excellence at the community level, which speaks to each company’s business culture and customer focus. Each has a story as to why–given their distinctive and unique set of resources, constraints, and competitive forces–they outplayed their peers.


The factor common to all three that we mentioned above is this: each of these three builders–Century, Clayton, and Cornerstone–has gained a growth accelerator advantage by aggressively positioning their products and communities to be attainable at the lower range of the price spectrum, leveraging relative affordability to win market share and volume.


For Century Communities, the jet fuel came in the form of its 100% acquisition and integration last June of southeastern U.S. power builder out of Greensboro, N.C., Wade Jurney Homes, a perennial “fastest-growing” private builder. Century had already been focusing on leveraging its expanding footprint to scale and do deeper in each of its operating areas, says Century Communities co-CEO Dale Francescon, but the Wade Jurney addition has served as a superbly-timed adrenaline boost for the all-important entry-level buyers market.


“Our Century brand platform–particularly in the Northern California and Washington state markets where we picked up a lot of land through the UCP acquisition–has unleashed a lot of opportunity because we had capital and operational skills to entitle, develop, and market those assets that UCP didn’t have the resources to monetize,” Francescon says. On the other hand, the Wade Jurney brand–and its unique selling and operations model–has now become Century’s “silver bullet” to attack opportunity among entry-level buyers in an expanding number of operating arenas.


“We’ve taking the Wade Jurney brand now to Texas, Arizona, Indiana, and Ohio, and in every market we bring it to it takes off,” Francescon says.


Anyone who hasn’t gone to school on the Wade Jurney retail home sales model and its clustered approach to community development and construction supervision would do well to sign up soon for a clinic on what to do to meet entry-level demand with gusto.


All in, while our top 10 fastest-growing public builder “bucket” achieved remarkable absolute volume growth and rate-growth of 43% in the 2016 to 2018 time frame, Century stood tallest among them, with 151% volume growth in the three-year span.


Clayton’s narrative–although similar to Century’s in its accelerated geographical impetus–differs from others in part because both its business strategy and its social mission fuse together into a single purpose that could hardly be more compelling for a housing market struggling with an affordability crisis.


We reported last week that Clayton had added Highland Homes of Florida as its 9th site-build operator as the nation’s largest manufactured home builder, with the largest factory and distribution infrastructure, and the most robust procurement, strategic sourcing, and supply chain bids to become one of America’s top home builders, period.


Motivating the energized, enterprising, and seemingly insatiable push to grow are two big factors. One, would be parent company Berkshire Hathaway ceo Warren Buffett’s urging that Clayton ceo Kevin Clayton and his team keep thinking bigger, bolder, and more innovatively about their enterprise’s purpose, and two, is Kevin Clayton’s heartfelt belief that his organization can and should “democratize” homeownership. That is, make the American Dream of owning available to working American households everywhere.


Now, that’s a different kind of “marching orders” for a company, but it’s no less meaningful when it comes to market expansion, scaling, and winning.


We reported that Clayton’s aggregate total volume may boost it to a top 10-ranked builder among the Builder 100 companies as we speak. Expectations, given an announcement last week that it would open a new panelization facility to serve Nashville-area builders, are that its stick- and site-build operators will avail of an ever-more-aggressive push to modernization that marries the best of offsite productivity and on-site design finish and quality, set apart in both price and product positioning.

Clearly, Clayton’s mission- and purpose-driven model–to both bend lower the price barriers to entry-level and to elevate the reputational, quality, and customer experience of factory-produced homes and components–sets the Maryville, Tenn.-based organization apart from peers in more ways than one. The numbers speak for themselves, while the top 10 fastest-growing private builder list of overachievers catapulted an amazing 183% in unit volume growth between 2016 and 2018, Clayton was far and away the leader, at 367% growth in the same time period. That’s like a Tesla’s zero-to-50 take-off.


Now, Cornerstone–led by chairman and ceo Ure Kretowicz and Michael Sabourin, president and coo–is one of those firms that has learned the ins and outs of the California new home development, investment, and construction market by heart, and with many years of relationship-building, technical chops, and customer-centric focus.


Kretowicz and Sabourin attribute their firm’s slingshot growth to their having mastered the art, science, and risk-vs-reward alchemy of SoCal’s property entitlement value chain, where every untitled raw lot enters a black box of local regulation, permitting, zoning, planning, and environmental approval, emerging some five to eight years later, as buildable sites. Maybe.


Their prophetic bets and prodigious persistence on some 2,000 of such home sites in 20 or so communities and masterplans in the San Diego area, originating what seems like a lifetime ago, began phasing into the marketplace 36 to 48 months ago, and have built momentum ever since.


The selection, the timing of their land buys coming out of the Recession, the tenured experience of a team that literally knows all the dirt on how to get things done, and the development the Cornerstone Communities approach allowed for has yielded home and community offerings that stand apart in both value proposition and price.


Sabourin notes that although Cornerstone offers models across the price spectrum, from entry-level to luxury–its average selling price of $495k puts its homes well within conforming loan limits in the Orange County/San Diego market, which means their attainable. That could only happen because of the Cornerstone team’s canny approach to acquiring, nurturing, and, now, harvesting its land, zigging when the big guys zagged.


So, while nearly every other builder in the SoCal market wrangles and wrestles with cost challenges to develop homes that are attainable to more households, Cornerstone’s got a really good thing going.


“We are now reaping the fruits of that risk through that last stage of the Recession,” says Sabourin. Who among us does not appreciate impeccable cycle-timing played at its highest level?


So, while the top 10 fastest-growing bucket of companies in our Next 100 rankings group shot up 88.3% in the three-year 2016 to 2018 span, Cornerstone outlegged the overachievers by a bunch, notching 140% growth during that comparable period of time.


What’s both mystifying and astonishing about this business we cover is that, given similar business and operations models, capital structures, and local and non-local economic forces and factors that apply to everybody, individual companies find a way to make it work specifically for them versus the others. We can only guess that a reason for that has to be a very human factor that’s at the root of the few versus the many.


“Last week we had a company leadership retreat, and, as I glanced around the room at our team of leaders, I can’t tell you how pleased, gratified, and amazed Rob and I are at the quality, the skills, and the resilience of our leaders,” says Century Communities co-ceo Dale Francescon. Brother Rob can’t agree more: “Whether we’re big or small, we’ve had a culture of respecting one another, and that accounts for how we can accomplish what we do,” he says.


So it goes for the other leadership and business cultures of our fastest-growing builders of 2018.