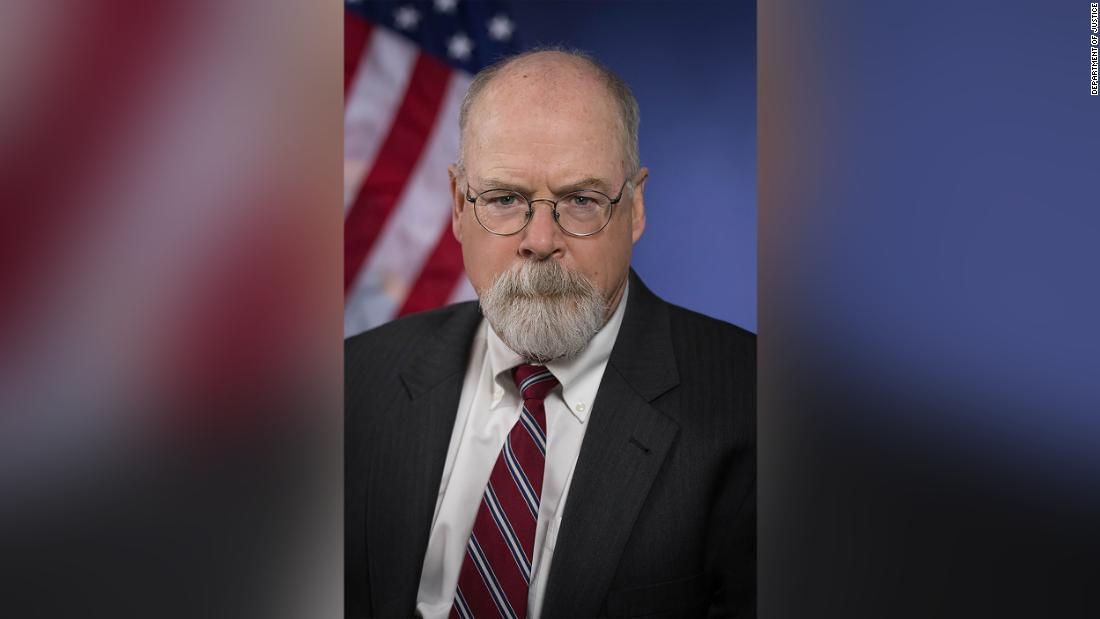 Prosecutors said the Durham team is still “looking closely” into whether Rodney Joffe, a tech executive and leading cybersecurity expert, defrauded the US government by misusing internet data from government contracts to search for derogatory information about Trump and Russia.

“We have not, to this point, charged a crime … but we are not able to say that a crime was not committed,” prosecutor Andrew DeFilippis told a judge Wednesday, adding that the statute of limitations for Joffe’s potential conduct has not expired and the probe is still underway.

These comments — at a hearing about the upcoming trial of Clinton campaign lawyer Michael Sussmann — were the first time Durham’s team publicly detailed their investigation into Joffe. It means prosecutors are considering new defendants and additional charges as part of their sprawling investigation into the origins of the Trump-Russia probe, now in its fourth year.

Joffe worked on the Trump-Russia material with Sussmann, the Clinton campaign lawyer who was charged in September with lying to the FBI during a 2016 meeting where he passed along the data. Prosecutors claim Sussmann falsely told the FBI he shared the data as a concerned citizen, but he was really there on behalf of his clients: the Clinton campaign and Joffe.

The trial against Sussmann is scheduled to take place next month in DC federal court. He pleaded not guilty and says he never had any reason to doubt the data that came from Joffe and his researchers. The FBI looked into Sussmann’s tip about a potential server back channel between Trump and the Moscow-based Alfa Bank but did not find any improper cyber links.

Responding to Wednesday’s hearing, a spokesperson for Joffe said the latest comments from prosecutors were “baseless and reckless” and accused Durham of pushing an “unfounded political narrative through false innuendo” to connect Joffe to a supposed anti-Trump plot.

“Mr. Joffe did not defraud or mislead any branch of the US Government,” the spokesperson said in a statement. “Furthermore, the data at issue did not belong to the Government and did not contain private or personal information about any individual, nor was it manipulated in any way.”

Lawyers for Sussmann say Joffe is a key part of their defense and will offer testimony that helps exonerate Sussmann. Sean Berkowitz, a Sussmann attorney, accused the prosecutors of making a “tactical decision” by holding the criminal probe over Joffe’s head as a way of blocking him from testifying at trial. Because of the potential criminal exposure, Joffe intends to plead the Fifth, according to his lawyers.

“They’ve been looking at this forever,” Berkowitz said. “They ought to be able to make a (charging) decision.”

Berkowitz has asked federal Judge Christopher Cooper to dismiss the case if prosecutors don’t give Joffe immunity to testify. Cooper said Wednesday that he’ll try to issue a ruling soon.

Lawyers representing Joffe previously told CNN that Durham is pushing a cherry-picked narrative to make it look like Joffe fudged the data to harm Trump and help Clinton get elected. Instead, they said it “was his patriotic duty to share” the data with the FBI. He and Sussmann maintain that they funneled the data to the US government out of national security concerns.

It has been known for a while that Sussmann shared the data from Joffe and his researchers with the FBI and later with the CIA after Trump was inaugurated in January 2017. Prosecutors said Wednesday for the first time that the material had been later shared with Congress as well.

Prosecutors have previously said that Joffe’s associates at Georgia Tech had access to the internet data ahead of a pending contract with DARPA, a Pentagon research agency. The contract was intended to hunt for cyber intrusions by hostile countries. Durham has said Joffe and his associates “exploited” their access to domain name system information to find dirt on Trump.

Some of the internet data also pertained to Russian-made Yota phones that were allegedly pinpointed near the Trump campaign headquarters and the White House offices. Past Durham filings about the Yota phones stirred a frenzy in right-wing media about supposed spying on Trump, which led to a rebuke from the judge and a partial walk-back from prosecutors.

A spokesman for Joffe previously said he is “an apolitical internet security expert with decades of service to the U.S. Government” and that his dealings with the data were perfectly legal. In court filings, Joffe’s lawyers said he has received harassing and threatening messages in the wake of the Sussmann indictment, in which he was repeatedly referred to as “Tech Executive 1.”

Correction: This story has been updated to correctly reflect which cyber researchers had access to the internet data and the timing of the DARPA contract.