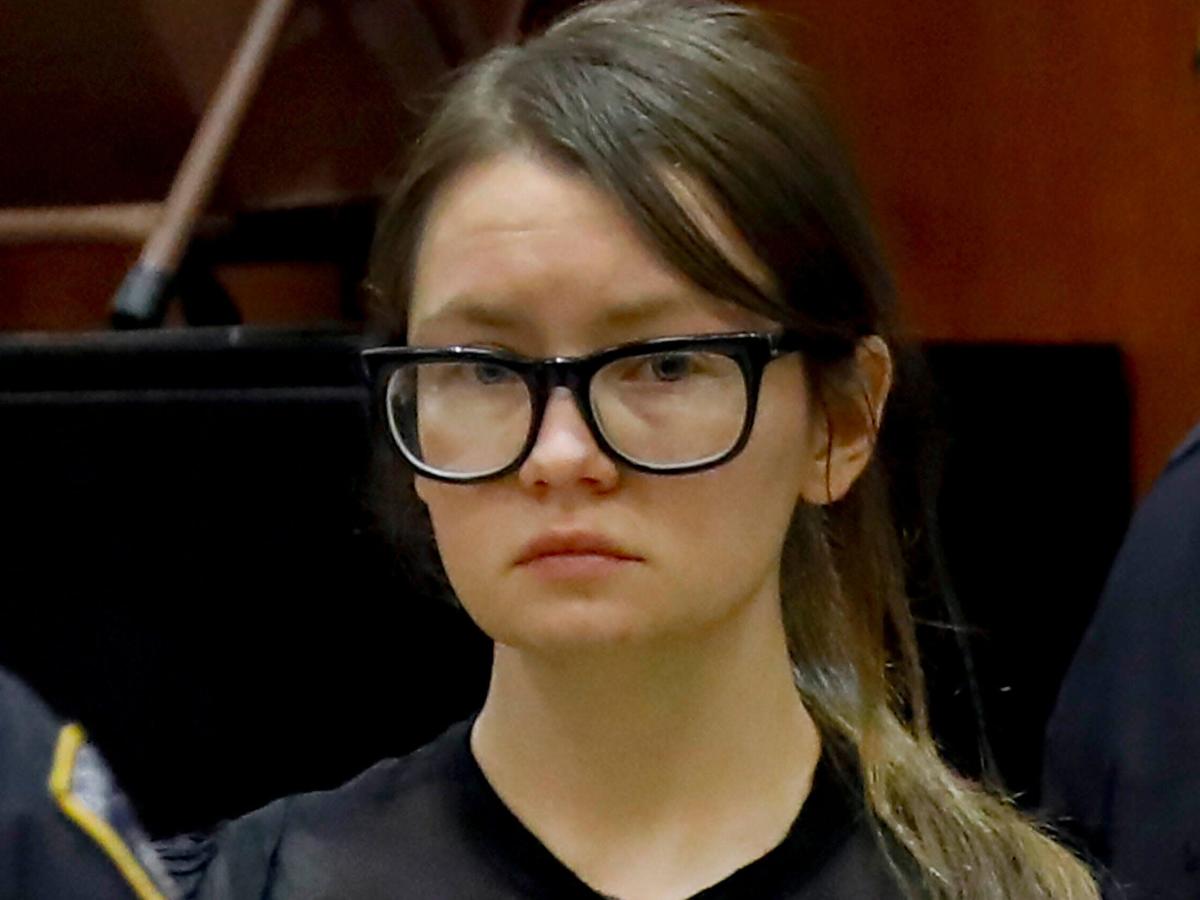 
For more than a year, Anna Sorokin — also known as Anna Delvey — has been stuck in jail while fighting deportation to Germany for overstaying her visa.

In recent weeks, she decided it was time for new lawyers.

Sorokin was convicted in April 2019 of a scam where she pretended to be a wealthy European heiress and scammed financial institutions and hotels out of hundreds of thousands of dollars. In February 2021, she was released from New York state prison after completing her sentence for the scheme and paying back her victims with the hundreds of thousands of dollars she received from Netflix, which turned her story into the hit limited series “Inventing Anna,” released earlier this year.

But her legal problems weren’t over. Just a few weeks after her release, Immigration and Customs Enforcement took her back into custody. They successfully argued to an immigration judge that Sorokin was a danger to society and should remain in detention until she could be deported back to Germany, where she’s a legal resident.

Instead of sticking with Todd Spodek, the lawyer who represented her through her criminal trial, Sorokin hired a new lawyer, Audrey A. Thomas, while she was still serving her prison sentence for the “fake heiress” scam. Thomas’s job was to help bring an appeal for her criminal conviction — though Sorokin paid restitution, she still wanted to clear her name — and help with immigration issues. But after a year languishing in Orange County Jail in upstate New York, Sorokin decided it was time for new representation.

In early March she hired Manny Arora, an Atlanta-based criminal defense lawyer to help with her criminal case. Arora, in turn, brought on Charles Kuck, an immigration lawyer, also based in Atlanta, on March 23 to help prevent her impending deportation and get her out of jail. Kuck told Insider he wasn’t familiar with Sorokin before the release of “the Netflix video,” but was glad Arora brought him on the case.

“Obviously it’s, it’s ridiculous to keep somebody who’s not a danger in the community or a flight risk detained while she continues to fight her case,” Kuck said.

Saved from deportation in the last minute

Thomas, in mid-March, worked with an associate named Carol Gray to save Sorokin from deportation to Germany just hours before she was scheduled to be put on a plane by making an emergency filing with the Second Circuit Court of Appeals in New York — even though Sorokin had previously tried to fire her just a few days earlier. On April 7, the circuit court said Sorokin could stay in the US until a three-judge panel decided what to do with her.

In previous interviews, Thomas told Insider that the decisions of immigration judges to keep Sorokin detained were irrational.

“I have two guys who came here illegally,” she previously told Insider, referring to other clients. “One of them had 150 pounds of weed, got deported, came back illegally and immigration let him out. And they’re keeping Anna.”

But Kuck and his associate Emily Lund believe the underlying legal arguments Thomas made for Sorokin were insufficient. Various aspects of Sorokin’s case have been argued in front of an immigration judge, then the Board of Immigration Appeals, and then the US Second Circuit Court of Appeals. Kuck and Lund believe they need to bring the case back several steps — to an immigration judge, so that Sorokin can try to get out of jail on bond.

“Our focus with Anna is getting her case reopened at the board level, and then remanded to the immigration court so that she can have a full and proper hearing,” Lund told Insider.

Arora told Insider that Thomas didn’t submit enough to the immigration court, and that it was extremely uncommon for people to remain in custody when they were convicted of a nonviolent crime with an appeal pending.

“Under the law, she isn’t considered convicted yet because the case isn’t final until the appeals are done, so she’s eligible for bond,” Arora said. “With regards to the overstaying of her visa — that’s relatively common and it’s almost unheard of not to get bond for something like that.”

The motion that the three-judge panel will consider is over logistical issues presented at more recent immigration court proceedings. Thomas missed a deadline to address an earlier bond hearing, according to Lund, though Thomas has previously told Insider that the immigration court system messed up in sending her paperwork in a timely fashion.

What Kuck and Lund want to do is to start from scratch. To do that, they needed to file what’s commonly known as “a Lozada motion” to reopen the case based on ineffective counsel. It would basically tell the legal system that Thomas didn’t adequately represent Sorokin and that therefore Sorokin didn’t get a fair hearing and deserved a re-do.

And to do that, Lund said, they needed to file a complaint against Thomas with the New York State bar, with Sorokin writing a declaration that Thomas did a bad job as her lawyer. Lund filed the motion with the Board of Immigration Appeals on March 23, the same day she was formally hired, telling it that she intended to file a Lozada motion and bar complaint.

Sorokin sent Thomas a letter relieving her of her duties the next day.

“Hello Audrey, I’m very sorry I have to do this but I can’t deal with being hung up upon or not having my calls returned on the morning when I’m supposed to be deported,” Sorokin’s letter read. “It’s your right to operate the way you wish, but I can’t deal with this type of treatment. I think we had the same ongoing issue for a long while now. No hard feelings. I wish you all the best & thank you for all your help in the past, I still appreciate it.”

Thomas told Insider that her experience with Sorokin was a reminder to “eschew the evil that she tries to inspire in me and all who try to help her.”

“Anna Sorokin is an ungrateful bitch,” Thomas said. “But I still chose to spend my own money to help her secure a stay of deportation. This is because the only sin greater than ingratitude is the demand for gratitude. Giving is always selfless.”

In a letter sent to Sorokin and her new lawyers on April 7, Thomas said Sorokin’s complaints about her legal work were meritless. She also said that if the new lawyers proceeded with their complaint against her they risked blowing up attorney-client privilege, which does not exist “when an attorney is forced to defend themselves against allegations by their clients.”

“I strongly urge you to rethink and regroup, because while I am never the bigger person, I am quick to forgive as none among us is beyond reproach,” Thomas wrote in the letter.

Thomas also indicated that the lawyers might have to wait longer to receive Sorokin’s files.

“I do not work the month of April for it is my birth month and therefore, I am out of the country until April 30, 2022,” Thomas wrote. “Anna is fully aware of this.”

Gray filed a notice with the Second Circuit Court of Appeals case that she was quitting the case on the same day, court records show. It was approved a day later. She didn’t respond to Insider’s request for comment.

Meanwhile, though Sorokin is still in jail, she’s remained busy.

She had one art show in downtown Manhattan in March, where a notorious art forger re-created her prison drawings. A solo show is forthcoming, as well as a book and a podcast. She’s also in the final stages of an NFT project, scheduled to drop sometime this month. It’ll be a sort of virtual calling card, according to a project proposal reviewed by Insider, that will allow her fans to get in touch with her.

Read the original article on Insider